For a Quick Reference

I have some exciting news! Two of my paintings were put on display as part of the Round Rock Area Arts Council! They accepted submissions from a variety of local artists and displayed a selection of them for the opening reception. Nathan and I were given tickets to the event, which was a private event for the artists and community officials. It was great fun. Music was provided by the Round Rock Symphony, there were performances from a local theater group, refreshments were catered (and strange), there was free wine-tasting (or bottled water, in our case), and three floors of galleries to peruse. We had a grand time! It was a life goal of mine to have some of my work on display somewhere, so this was a big deal to me. I was pleased beyond words. 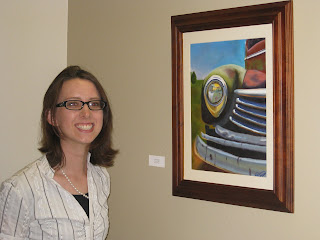 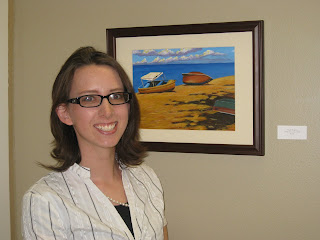 This is the second painting on display. It's a gift I made for Nathan on the occasion of our 7th anniversary. It's titled "Break for Lunch". The subject itself isn't particularly meaningful. It was just a neat photo I wanted to copy. Sarah and I wanted to make the picture more meaningful to us, so we invented a story behind it. The people in the boats were from a vacationing family. They had fun on the ocean and came into the shore for a picnic. They are eating under a tree just to the right of picture. You can see the shadow from the tree extending across the foreground of the painting.

We met the mayor, several amazing artists (my personal favorite was a lady that painted in the Classical Realism style--like the old masters of Italy!), and the conductor of the Round Rock Symphony. Nathan particularly enjoyed talking with the conductor, and they engaged in a lively discussion about Stravinsky's music. They were comparing his earlier works to his later ones. I was so proud of Nathan's music history knowledge. It was great fun for me to listen to their conversation.

I noticed several artists lingered around their works to listen to what viewer commented on. Nathan was compassionate enough for those artists to speak loud enough for them to hear his compliments and he made a point of commenting on every piece in case the creator was nearby. I was expecting my works to be on the bottom rung of the talent showcased that night. I was pleasantly relieved to discover that my paintings weren't at all in the bottom half of the talent. I think they were comfortably in the middle of the art shown. Some of the paintings were so breathtaking that I found myself returning the same ones over and over again, just to gaze in admiration of the perfection captured. I was really inspired to learn more and practice more with paint.

Nathan has always been supportive of my creative side and encouraged me to paint. He made me an art nook in the upstairs where I can have projects out all the time. It's the perfect size to fit an easel, drafting table, and a lamp. I've really enjoyed using the space and the children have been very obedient about never going in the nook without permission. I've been very appreciative to have the space. It's so nice to not have to clean up my project in preparation for each meal (I usually did things on the kitchen table). Today Nathan made me several stretched canvases to work with. He bought the wood from the ReStore here...20 feet of wood for a dollar! We LOVE that place! I had a bunch of canvas leftover from a sewing project, so he took that and stretched it over the wood frames he made. Then he gessoed them himself, so I have three beautiful little canvases to work on. He made them for me to practice different techniques on. Acrylic paper is almost a dollar per sheet, so I have a hard time experimenting on them. I don't want to waste the paper. The canvases Nate made were maybe 15 cents each. I thought it was such a nice and thoughtful gesture of him.
Posted by Unknown at 2/28/2009 2 comments:

I've had a lot on my mind lately. More than I can communicate in this post, but I'll skim the tops of my ideas. This has a political nature, so be forewarned. I feel strongly about these issues, and just wanted to put it out there.

I'm involved with a local group of women that meet each month to learn and apply Provident living principles. The last meeting was such an eye-opener and I can't get it off my mind. Several books and documentaries were discussed. Have time on your hands? Check out The Future of Food, Flow, The Corporation, and Blue Vinyl. You can watch them for free online. They say so much so well....and I don't write well, so I'm frustrated that I can't convey everything I'm thinking about. Just watch those videos and you'll know what I'm trying to say.

I've always disagreed with America's mass materialism and uncontrollable consumerism (think Black Friday sales for example). Corporations get you to want to spend money on things you don't need, but they convince you that you do need it. Pretty tricky. We spend all our time working. For what? Money to buy more STUFF. You don't need most of it, but stealthy advertising and the greediness in the 'natural man' aspect within us makes us desire it. All your labor and time goes into supporting big companies, the majority of which have no ethical practices. The more I learned about our corrupt super-powers in the economy and global market, the more dismayed I became. As a person with high moral standards, I don't want my money to support blatant and undisguised wickedness. What is a person to do?

Start with food...we spend an average of $500 a month on it. That's a lot of money. Who are you supporting with it? Do you know what your buying and feeding your family? Oh, the issues with commercialized food in America opens a whole different can of worms. Watch the Future of Food. Really. Then open the cupboards and see what you're really eating. There's an appalling lack of regulation and safety regarding food. The FDA review team is manned by representatives from the companies that market the food, so the FDA-approval stamp really means nothing. There are so many contaminants in our basic foods. Just look at milk. The food that's supposed to be the epitome of nourishment and dietary goodness is one of the most contaminated. Look up the story about Monsanto and Fox news regarding the Bovine Growth hormone in the milk. It's unbelievable what extents companies will go through to hide bad publicity from the consumer.

Fired by anger at corporations and a desire for more independence from mass marketing, I planted a garden today. We expanded our garden this year so we have twice the growing space. We love the spinach each year, so I'm planting over 100 spinach plants. We also have carrots, onions and radishes. We can plant the tomatoes, peppers, squash, okra, and beans later in the year. I hope to become increasingly independent in what we consume. We make our own bread twice a week and collect our own eggs each day and make our own milk from the church cannery. Bread, milk, and eggs and the staples of our diet. With the milk we also make our own yogurt, cheese, and kefir. We go for weeks at a time without setting foot in the large supermarkets. What produce we don't harvest ourselves we buy from the farmers market. We have a freezer full 1/4 of a whole cow (the animal was pasture-raised by our friends with no extra antibiotics and hormones) and several chickens we slaughtered from our previous flock. The rabbits are expecting new litters next week and we'll butcher them in a few months. We're meat-independent at least.

We read "Animal, Vegetable, Miracle" in our book club. I recommend it. It's about locally-produced food and sustainable eating. It's so important, but most people don't even think about it since they're so used to just going to the supermarket for food. Your money isn't even helping your local economy that way. Most of that produce is outsourced from other countries and increases our dependence on other countries just for our basic necessities.

My goal is to patronize the local farms even more and try to eat most of our purchased produce from local and earth-friendly sources.

Are you aware of the seed patents going on? I feel like that is a form of an Anti-Christ. It's anti-life. People have to buy new seeds every year due to the Termination Gene in the plants, which makes them completely dependent on the seed companies. Monsanto and Cargill make me shudder. My souls is pained at this plight occurring around the world. I felt so helpless to make a difference, but then I discovered the existence of heirloom seeds. These are seeds not genetically modified because they've been passed down through generations of families. The biodiversity of food is being preserved in a small way because of heirloom seeds. I hope to obtain some and collect the seeds so I can continue to pass along this valuable treasure.

We've also started recycling as much as possible. It's incredible to see how much stuff can be recycled from our house in the course of one week.

I don't know how successful we'll be with all these endeavors when my Nursing classes start again in March, but I really am trying hard. This is so important. If people don't change their out-of-control rate of consumption, the land will literally lose it's ability to produce food before our own children grow old and die.
Posted by Unknown at 2/02/2009 1 comment: 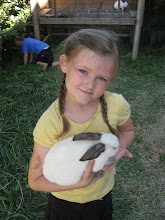 She has the ideal blend of femininity and tomboy- she loves to do dainty projects like embroidery and play princess, but she's also the leader in making mud pies, playing with bugs in her bare hands, and exploring gross science. We love it! 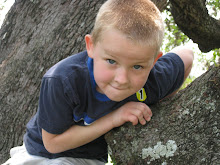 Our knight in shining armour- always excited the next challenge to conquer, but always protective of the weaklings around him 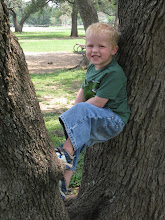 He thinks life is one big party and is determined to keep it that way. 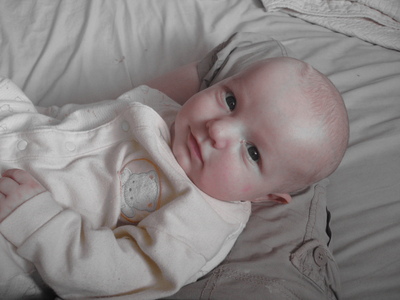 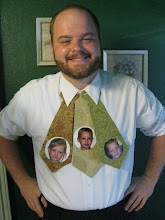 Nathan with his Father's Day ties.

My Favorite Links For Families Who Think